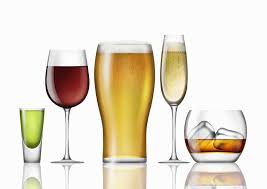 We are so used to alcohol being associated with a good time or a party and certainly in my generation, going out and ‘getting leathered’ was part of my culture and persona since the age of 14! Even at 45 years old I can still be the most pissed at the party its just expected of people who know me and something I just do, so now I am questioning why and wanting to dig deeper as I know I’m not the only one.

So as well as trying to cut down on my own alcohol intake I’ve become interested in thus movement called Sober Curious!

Like most people I have often had a few wines to de stress or unwind, which leads to a bottle or more and there are far better and healthier ways to do this. So why don’t I?

As part of the British nation and a spiritual, but certainly not religious person does that make me more at risk of alcohol becoming a bad habit? Yes I believe so.

Islam, Buddhism discourages alcohol, Hinduism discourages it, Sikhism and “Christian” sections such as Mormonism, and Jehovah’s Witnesses are against it, some more “Puritan” forms of “Christianity” that have a higher standard for alcohol consumption than even Jesus did (who turned water in to wine remember, genius!), prohibit it as well.

The Babi, and Bahá’í faiths I believe aren’t allowed to drink it either.

Countries where Alcohol is illegal certainly for residents with the exeption of some having licenced premises for tourists, Bangladesh, Brunei, some parts of India, Iran, Kuwait, Libiya, Maldives, Marituania, Pakistan, Saudi Arabia, Somalia, Sudan, UAE, Yemen.

The top 10 countries for drinking are all in Europe, many in Eastern Europe, according to the study, which also identifies men as most likely to abuse alcohol around the world.

NO AMOUNT OF ALCOHOL consumption is healthy, according to a new study.

“Our results show that the safest level of drinking is none,” researchers explain in the study published in The Lancet.

Prohibition in the United States was a nationwide constitutional ban on the production, importation, transportation, and sale of alcoholic beverages from 1920 to 1933.

During the nineteenth century, alcoholism, family violence, and saloon-based political corruption prompted prohibitionists, led by pietistic Protestants, to end the alcoholic beverage trade to cure the ill society and weaken the political opposition. One result was that many communities in the late-nineteenth and early-twentieth centuries introduced alcohol prohibition, with the subsequent enforcement in law becoming a hotly debated issue. Prohibition supporters, called “drys”, presented it as a victory for public morals and health.

So what is so bad about it? The type of alcohol in the alcoholic drinks we drink is a chemical called ethanol.

To make alcohol, you need to put grains, fruits or vegetables through a process called fermentation (when yeast or bacteria react with the sugars in food – the by-products are ethanol and carbon dioxide).

Ethanol is a grain alcohol that can be blended with gasoline and used in motor vehicles. Many gasoline stations provide a blended fuel, which typically is 10 percent ethanol and 90 percent gasoline.

So basically when we drink we are drinking the stuff to power cars and aroplanes! When put like that how can it really be good for us?

So all of this definately makes me sober curious, how about you?